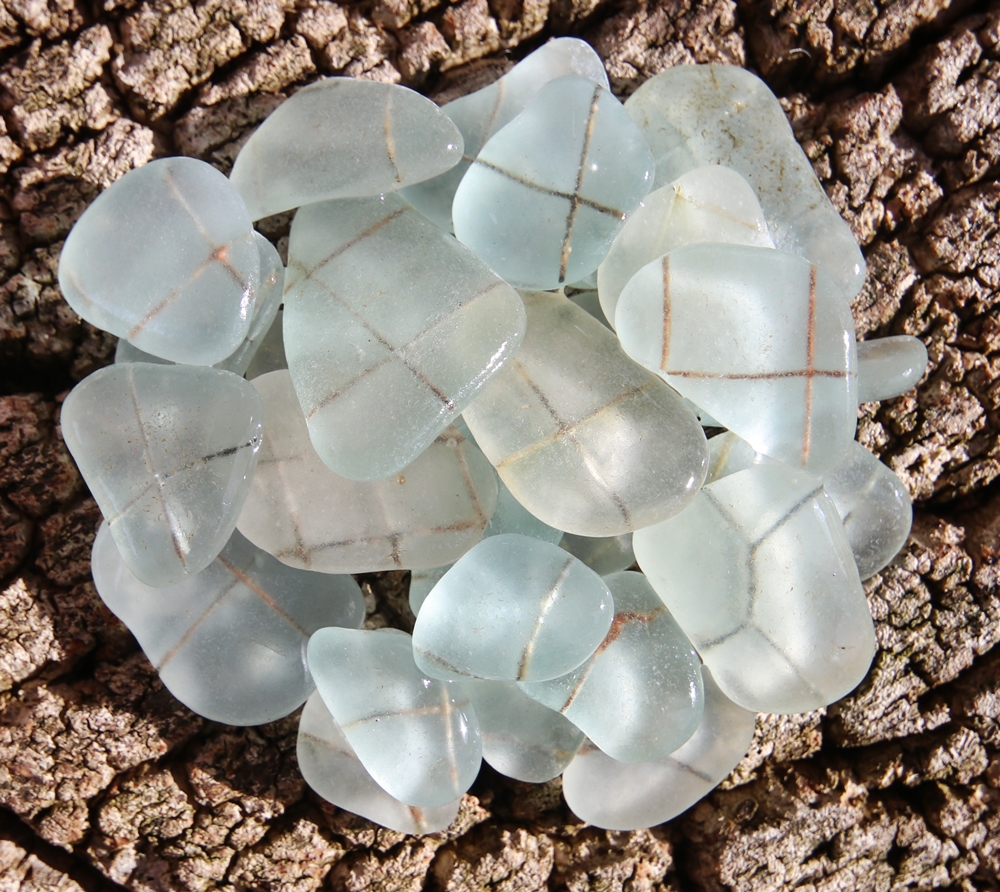 Safety glass is a term given to a range of glass types which are toughened through tempering, laminating or reinforcing with various materials.

In the world of sea glass it refers to glass that has originated from sheet glass that is reinforced with wire.

First invented and patented in 1892 by American entrepreneur and prolific inventor Frank Shuman, wire mesh glass, also known as Georgian Wired Glass, is glass which has a grid or mesh of thin metal wire embedded in it.

Although it is often believed that the wire reinforcement strengthened the glass, it in fact weakened it, but its value was in its fire-resistant qualities and held together when broken rather than creating dangerous shards. For this reason it was widely used in institutional buildings such as schools and hospitals.

In recent years new materials and techniques have meant that wired safety glass has fallen out of favour and has been replaced.

Wired safety glass is mostly clear which makes for a white sea glass, and the wire mesh can have various patterns. I have picked some wired sea glass in other colours such as teal, brown or yellow, but not in any quantity.

The most attractive safety glass is well rounded, pleasantly shaped, and rust free. Here in the south of Spain, the hot dry winds immediately dry the glass once it is exposed on the beach reducing the opportunity for the wire to oxidise. If you live in damper climes be careful not to store damp wired sea glass with other glass as it can lead to rust stains which are virtually impossible to remove.