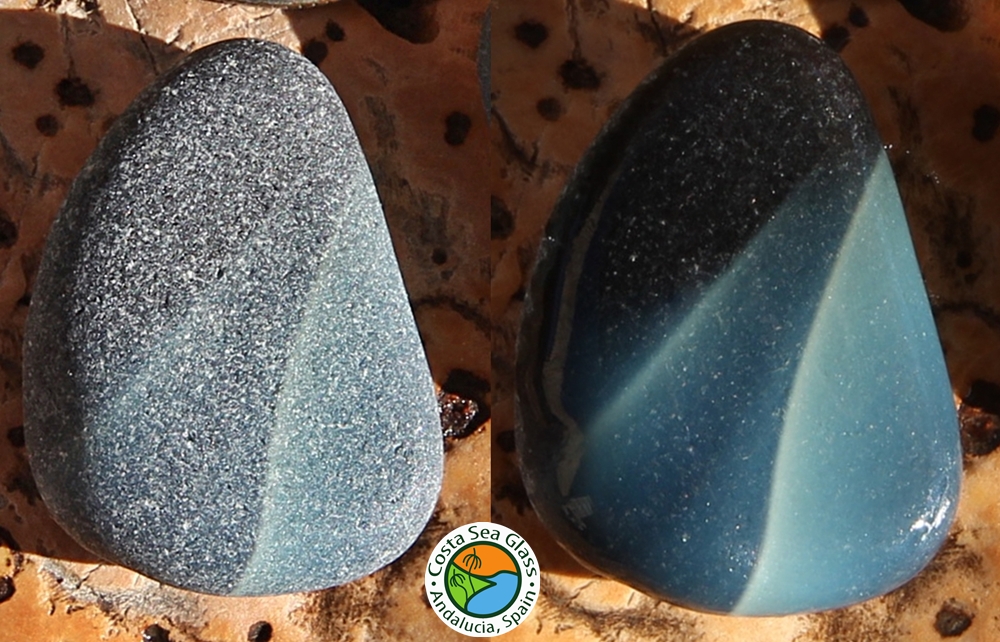 Slag glass is an unfortunate name for glass, often beautifully coloured, that is a by-product of metal ore smelting processes.

Metal furnace slag can range from glassy to dull and stony in appearance and, when scratched, can range from hard to chalky. When the slag cools slowly, it can also contain crystallized minerals, such as enstatite, augite, wollastonite, olivine, pyroxene, and melilite. Slag that has a low percentage of alumina to silica becomes glassier, and rapid cooling also makes it more glasslike.

Slag was often used as a building material, and as railway ballast, among other things, and according to one source, also for sea walls which would explain its presence on beaches.

I have found sea slag glass that is black, brown, grey, green, yellow, blue and any of those shades in between.

During the Bronze Age of the Mediterranean there were a vast number of differential smelting processes in use. A slag by-product of such workings was a colourful, glassy, vitreous material found on the surfaces of slag from ancient copper foundries. It was primarily blue or green and was formerly chipped away and melted down to make glassware products and jewelry. It was also ground into powder to add to glazes for use in ceramics.

Historically, the re-smelting of iron ore slag was common practice, as improved smelting techniques permitted greater iron yields – in some cases exceeding that which was originally achieved. During the early 20th century, iron ore slag was also ground to a powder and used to make agate glass, also known as slag glass.